Use Food to Fortify Your Fantasy 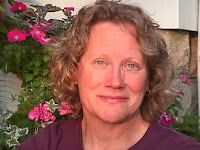 A guest post on using  food references to ground your fantasy in reality -- by JoAnne Early Macken -- from  the VCFA Summer Blog Initiative.


The fourth in a series of guest posts to be featured here Tuesdays in August -- by students and graduates of the Vermont College of Fine Arts MFA program in Writing for Children and Young Adults.
I took part in a memorable Vermont College of Fine Arts workshop led by Marion Dane Bauer  and Norma Fox Mazer. A tip I heard during a manuscript critique has stayed with me since then. My notes say, "Ground in reality before you can take off into fantasy-Madeleine L'Engle: start with food."
I studied L'Engle's A Wrinkle in Time to see what that quote meant. The book begins with Meg Murry in her attic bedroom during a storm, remembering a fight she'd had at school and worrying about rumors of a thief in the neighborhood. She goes downstairs to make cocoa and finds her brother Charles Wallace in the kitchen.
"I knew you'd be down," he says. "I put some milk on the stove for you. It ought to be hot by now."
Charles Wallace, Meg, and their mother make sandwiches while talking about being different from others and feeling left out. When the mysterious Mrs. Whatsit appears at their door, Mrs. Murry invites her in and offers her a sandwich.
"I've had liverwurst and cream cheese; Charles has had bread and jam; and Meg, lettuce and tomato," Mrs. Murry says. Food comforts people who can't sleep for worrying and welcomes a strange guest.
The Hobbit by J. R. R. Tolkien also begins with unexpected company. Gandalf and 13 dwarves visit Bilbo Baggins and put in their orders for raspberry jam and apple tart, mince-pies and cheese, pork-pie and salad, cakes, ale, coffee, eggs, cold chicken, and pickles. Food fortifies the travelers as they plan their long journey with the reluctant Bilbo.
In The Folk Keeper by Franny Billingsley, Folk Keeper Corinna draws off the anger of the fierce, ravenous, underground-dwelling Folk. She lists what they eat in her Folk Record.
"April 17-Levy Day
The Folk have eaten:
Two roast ribs
Five rounds of cheese
A barrel of smoked haddock."
Food keeps the Folk, "mostly mouth . . . wet mouth and teeth," at bay.
In all three books, food helps make a fantastic situation believable by giving readers something familiar to latch onto. Like music and clothing, food can help establish setting, not only in fantasy but also in contemporary or historical fiction or nonfiction. Food can be used to celebrate a victory, to mourn a loss, or to show love or appreciation. The way a character eats can show his or her personality and emotions: he or she can savor each bite or shovel food in without thinking. A character might gulp, slurp, pick at her food, wipe his mouth on his sleeve, or eat while driving. Look for references to food as you read, think about the functions they serve, and explore the ways you can show time, place, and your characters' emotions by describing how and what they eat.

JoAnn Early Macken's recent picture books are Baby Says "Moo!" (Disney-Hyperion, 2011), Waiting Out the Storm (Candlewick, 2010), and Flip, Float, Fly: Seeds on the Move (Holiday House, 2008). JoAnn graduated from Vermont College of Fine Arts in July, 2000. She writes and teaches in Wisconsin, and she blogs at TeachingAuthors.com. If you have any questions or comments about her post or Vermont College of Fine Arts you can contact JoAnn at: joann@joannmacken.com.
What are your ideas on grounding fantasy -- or other writing genres?
Check back next Tuesday for the fifth and final guest article in the VCFA series -- Reading Like a Writer  -- by Carmela Martino.
Posted by Megan Frances Abrahams at 6:00 AM

Great post, JoAnn. Thanks for bringing this to our attention!

This post was certainly...wait for it...Food for Thought.
Heh, heh.
Sincerely,
Sin Salsa

This was a FANTASTIC post! Thank you for including so many references. I will be certain to look for these clues as I read other fantasy stories.

Great ideas here, JoAnn. Was this one of your critical essays? I've been thinking of exploring food for my Critical Thesis and this is a great kick-start for it.

Wonderful! And with such delicious examples that drive the point home. I'm taking this tip straight to my manuscript today. I've done this with some character setups already, but now I have to think, what do the other characters eat? :) Thanks and thanks!

I'm sorry for the lateness of my response--I was out of town and unaware of the posting. Thanks for all your comments! Wendie, no, it wasn't originally a critical essay, it was a post on our Teaching Authors blog. I'm glad to hear that it was helpful!

Thanks for your thoughtful comments Peter, Sin Salsa (nice pseudonym), Stephanie, Wendie and Rita. It was great hosting JoAnn's article.

I make a point of including food references in my writing (even though I'm not writing fantasy) but JoAnn made me realize I should be more strategic about it.

When I was a kid, I found it comforting when the characters in the books I read got something to eat. I wonder if that's true for most readers?